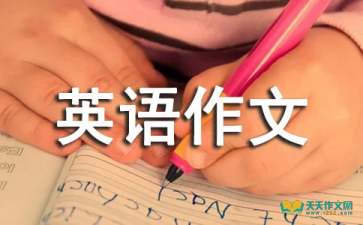 Dalian is a place where you can find natural scenes of stunning beauty.

amiable climate, stylish architecture, comfortable beaches and summer tourist resorts. The gardens and circuses everywhere are good decorations of the city. Along the southern coast, a road like a jade ribbon runs among the mountains and along the sea, threading through the scenic spots of Bangchui Island, Tiger Beach, Fujia Village, Baiyunshan Park, and Xinghai Park. To the

Golden Pebble Beach Holiday Resort, where one can see typical sea-corroded landscape and landform of coastal cast, and the Almightys master

piece----the unique "turtle-shell rocks." In Dalian there is also the Bingyu.

Valleys scenery attractions in the north of the Zhuanghe city, which boasts soothing green mountains and clear rivers.

Dalian is located at the southern tip of Northeast China, bounded by the Yellow Sea and Bohai Sea to the west, south and Shandong Peninsula across the sea, connected to the north and northeast of the mainland is a peninsula surrounded on three sides by the sea city.

June 5, 2001 granted the United Nations only in Dalian in China, Asia, the second "World Environment 500" city. Jiang said that Dalian is "Northern Pearl", the State Secretary for Tourism to Dalian positioning "romantic."

If you plane to the plane arrived in Dalian, even when the birds eye view over the city of Dalian in the south with the sea between the sorrowful elegant Weigela is a long coastal road is a great viewing Ben Thanh line is not even the tourists will not come to the place even if only a day trip.

I was born in a beautiful city. Its Dalian. I have lived here for twelve years, and I love her. The whole city looks like a huge garden because we can see flowers everywhere.

In spring, the weather is always fine. After a rain, a beautiful rainbow appears in the sky. I like to ride my bike to see the beautiful sight. In fact, my city is beautiful all around the year. During the summer vacation, I always swim in the blue sea and read the poem on the beach.

is as pretty as a wonderland.

Dalian is developing so fast,so more and more people from the countrysides moved to the city to find jobs.that makes the population of Dalian grow faster and faster and population increase causes many problems.

We should face the problems.every one in Dalian has to make more efforts to protect the city against pollution we shouldn`t throw rubbish everywhere and plant trees as many as possible.I hope that the evironmeni in Dalian will be more pleasant.so,let`s do everything we can to protect out city!

My hometown dalian is located in the liaodong peninsula. It is the largest coastal city in north China. And it is also the biggest port city in liaoning province. It enjoys the charm of garden city. Live in the city surrounded by flowers and green trees people proud. At the same time, dalian is an important industrial city. It is known as the shipbuilding industry in sea inside and outside. Dalian - I was born and grew up land, you are my favorite!。